The barcode was first imagined in 1948 by Joseph Woodland, inspired by the dots and dashes of Morse code. Woodland was responding to a challenge set by a local retailer in Philadelphia, looking to find ways to speed up the process of checking-out in stores.

By the 1960’s, an engineer, David Collins revived this idea and, combined with the availability of lasers, was putting thick and thin striped lines on railway cars so they could be automatically read and identified by line-side scanners – later developed by General Telephone and Electronics (GTE) it was called KarTrak ACI (Automatic Car Identification). 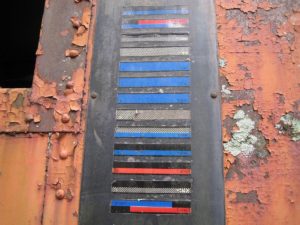 For a lot of people that spend time in automotive plants, that will sound awfully familiar.  Today’s modern car assembly plants build multiple variants and models on the same production line, meaning they need to identify each car to know what parts to attach, which assembly tasks to complete, and what tool settings are required.  Often this happens with barcode scanners – a piece of paper stuck to the car gets scanned at each workstation and instructions displayed on a screen for the worker.

This becomes especially critical with the adoption of wireless assembly tools – without a cable to fix the tool in place, there’s a risk the wrong tool can be used on the wrong car or in the wrong workstation. So now you must scan the tool as well to complete the ‘tool-car-task’ match-up.

The problem? It’s about time. Wasted process time of up to 6s per scan in our experience.

Let’s think about that for a second (or six): for 100 processes on a line that’s 600 seconds of wasted process time per car. For a mid to large scale producer at 800 cars per day that’s more than 130 hours of wasted time per day. Or more than 30,000 hours of waste per year!

So if you don’t scan barcodes, how else can you match up tools, cars and tasks?

The answer lies in location intelligence. By attaching a location tag to the car and another to the wireless tool, they can be automatically tracked and their proximity determined – tool A is next to car B in workstation C = display relevant instructions. What’s more, the location intelligence goes further, automatically configuring the tool with the correct settings and enabling operation only when co-located with the specific car – error proofing the process and keeping an automated record for quality purposes.

To the worker the process is invisible, simply approach a car with a tool to have instructions automatically displayed, and proceed with the task knowing that all the settings are correct and the quality records correctly recorded. Any mistakes are automatically detected before they occur, and the tool disabled to prevent quality errors.

Rewind to the 60’s for a second. The KarTrak barcode system was selected from the alternatives as the most accurate – achieving 80% read rate. Today, Ubisense Ultra-Wideband location intelligence has been correctly matching tools to cars with 99.999% reliability and has been doing that in production 24/7 since 2008. Saving 6 seconds for each unnecessary scan. Conservatively, that’s more than 360,000 hours of process time saved in one assembly plant.

Still using barcodes to match tools and tasks to cars? It’s about time you updated your technology.

Steven Manifold is Chief Marketing Officer of Ubisense.  Twenty years of marketing experience at both the bluest of blue chips and high growth SaaS companies has taught him that people value one thing; frictionless engagement with companies.  If you want to know more about Ubisense, the markets we operate in or the challenges we can solve, just email him directly: [email protected]

By submitting, you confirm that you agree to the storing and processing of your personal data by Ubisense as described in the Privacy Notice
Steven Manifold2022-06-15T12:59:17+01:00August 13th, 2020|Automotive Industry, Technology Trends, Transformation|